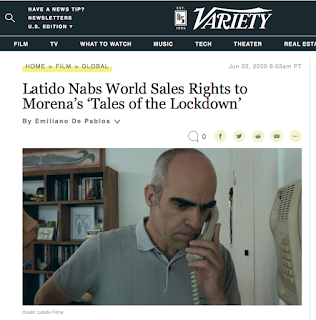 Filmed during the COVID-19 lockdown in Spain, the five self-contained stories range from a romantic comedy to a drama and a thriller, as well as terror and dark humor.